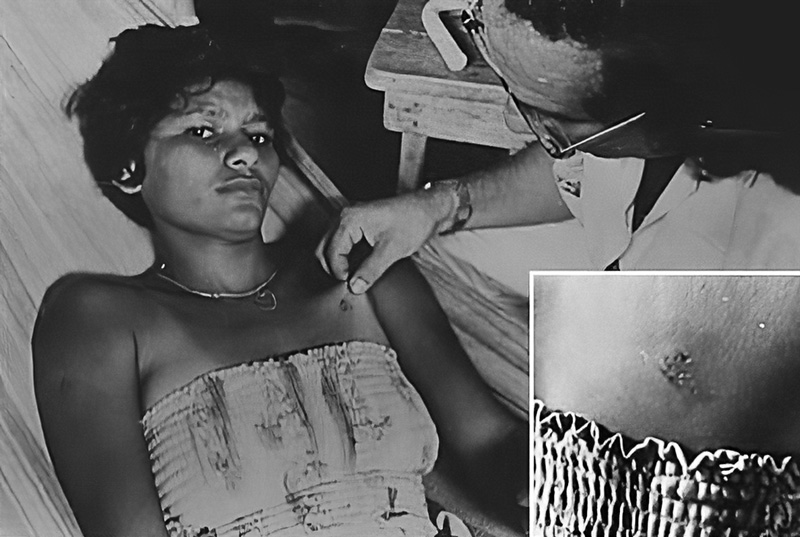 Victim Aurora Fernandes been exanimated by Dr. Orlando Zoghbi and close detail of the suffered wounds
In the years of 1977 and 1978, locals of northern Brazil were terrorized by what they described as luminous and vampire balls of light, a phenomenon soon nicknamed “chupa-chupa“, meaning “suck-suck”. Bright objects of differing shapes, sizes and colours were said to have been flying at low altitudes - just a few metres above the tops of trees - and firing light beams at people on the ground below. Several witnesses claimed to have seen beings piloting the crafts, describing them as no more than three to four feet tall. What separates these sightings from the usual glimpses of UFOs in the skies are the numerous and recurring injuries that people suffered.

The FAB (Força Aérea Brasileira) deemed these reports serious enough to launch Operação Prato, the first ever military mission in that country with an exclusive focus on UFOs. Leading the investigation was Captain Uyrangê Bolivar Soares Nogueira de Hollanda Lima. For approximately four months, Capt. Hollanda and his team interviewed witnesses, took photos, and ultimately restored calm in the area. The body of material he collected includes 2,000 pages of text, 500 photographs and 16 hours of (movie) film. He passed all this information on to his superiors.

In 1997, shortly after the files from his mission were declassified, Capt. Holland gave an interview to a popular Brazilian UFO magazine. He recounted how terrified his subjects were, and discussed some of the most compelling evidence. On the volume of the declassified material are some interesting cases with detailed drawings of the objects flying over the skies of Corales around that time.

Santo Antônio do Tauá – Amelia Martins da Silva, was Walking from Santo Antônio do Tauá to her home with one of her daughters Odete; when 2 kilometers from the village she saw coming from the right something like a reddish-yellow light, very bright (like the headlight on a car). Initially the light was cutting diagonally across the road but abruptly changed direction coming exactly in the direction of her and her daughter, rapidly crossing to their left. They sought shelter under a tree, the object stopped for several minutes, then slowly moved and returned to its original direction (E/SW) and headed toward Vigia/Belém.

Amelia suffered no physical effects and did not fear  the encounter. She thought that the object was very beautiful and she was pleased to see such a new thing. The altitude was about 30 meters. Odete Martins da Silva, 35 Amelia's daughter ,being by temperament very timid, she agreed with the accuracy of the report of her mother. Amelia described the object about 1.30 meters wide( she compared it to a table in her home) with one meter high, round like an inverted plate with a sharp protuberance sticking out from which came a reddish luminescence,  the body a color blue from which came bright light giving the impression of being transparent. She did not see any human forms inside the object. Its movement was slow, but at times it accelerated with the speed of a jet plane. 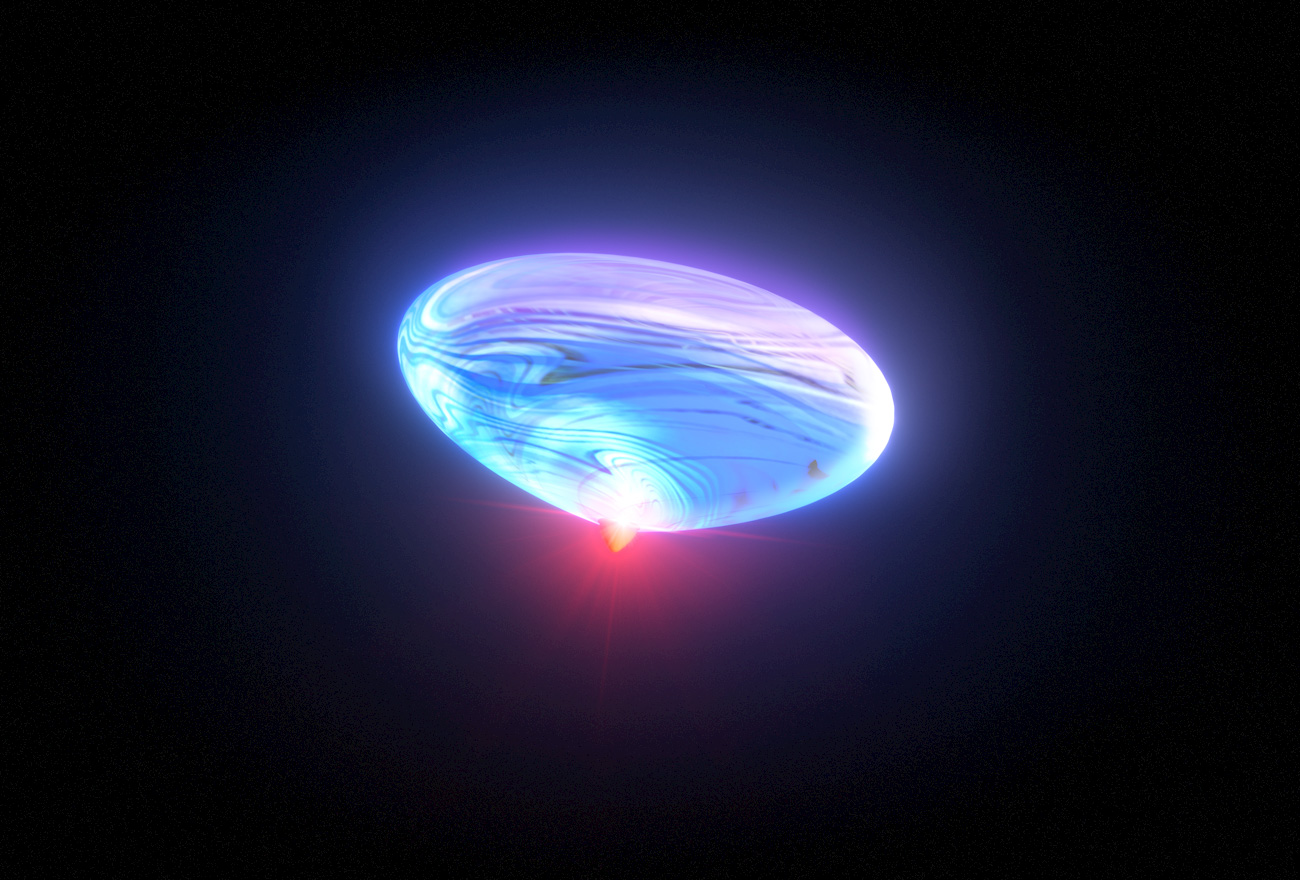 Santo Antônio do Ubintuba - Rio Bituba, side road at Km 32, PA-16 Rd. – Raimundo Nonato Barbosa (“Birro”), 48 – He said he was returning to his house… and when he was near a friend’s house he felt like he was losing his strength… he lost one of his shoes… but continued walking… looked back over his shoulder and saw a circular reddish-yellow shape with multi-colored tail 30 to 40 meters away … about 1.50 meters in size moving five to ten meters above the ground and emitting a ray of bright blue light that hit witness in the back. No noise. Very frightened, he gathered his strength to run to the home of his friend, screaming for help. In a hurry to see behind him…the object had stopped just over the trees, leaving behind a trail of sparkling flashes of different colors. He complained his body was shaking, he had a headache and felt numbness and partial paralysis and other physical effects. 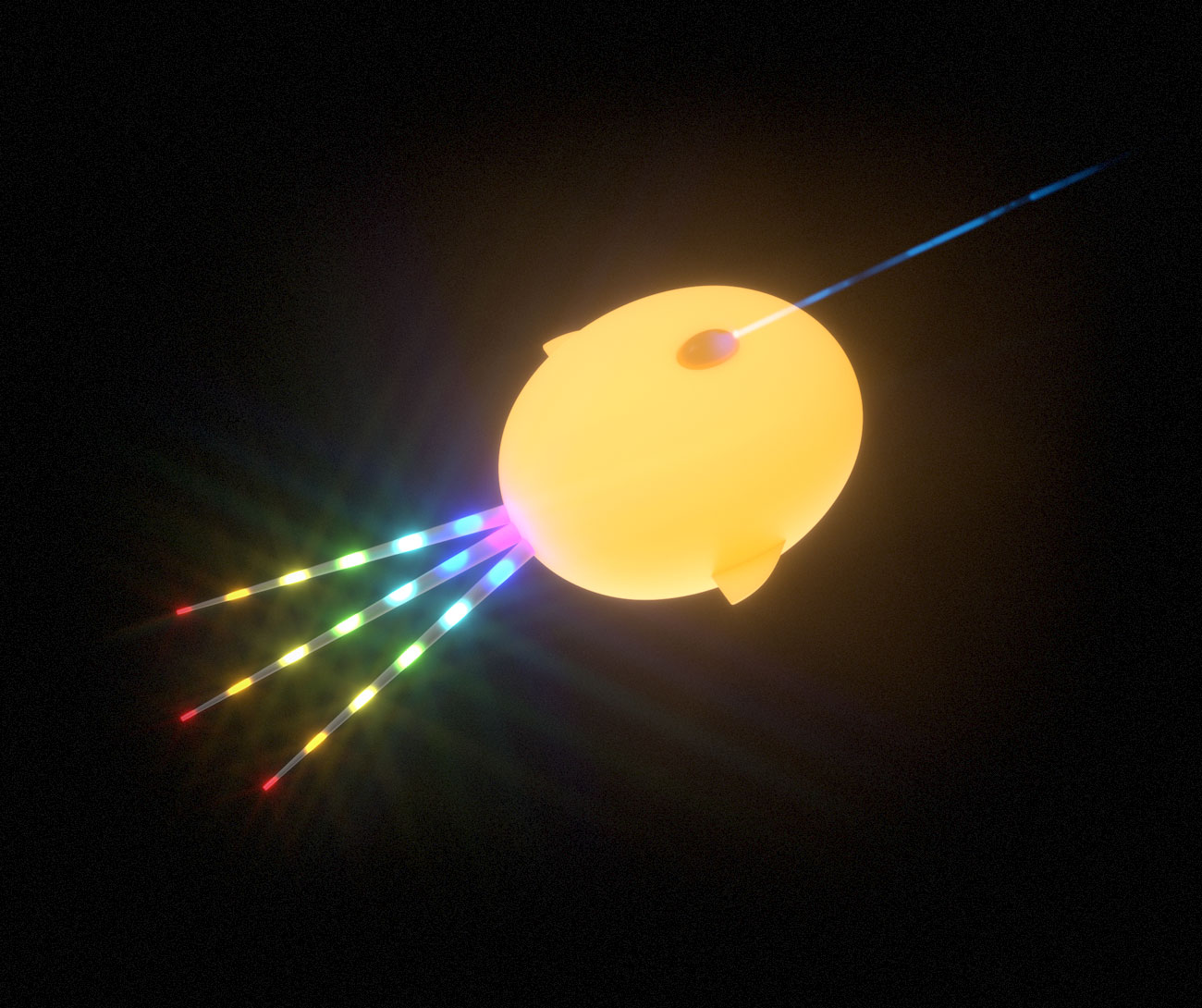 Colares – Wellaide Cecim Carvalho, 24, doctor and head of the Colares Hospital – Dr. Wellaide affirmed having observed on the days and hours respectively cited a bright metallic object spinning over the front part of the village (beach of Cajueiro NE at low altitude, 100 meters) at an estimated distance of 1,500 meters without producing any sound. She described the objects  like Conical-cylindrical in shape (upper part more narrow) having an apparent size at her distance of 3 meters in width and 2 in diameter. The object  moved in an irregular manner (vertical position on its longitudinal axis), accentuated wavy or rocking motion, all the time making swift stops and turning at the same time. She says she observed closely, being on one occasion accompanied by other people in front of the local state hospital. 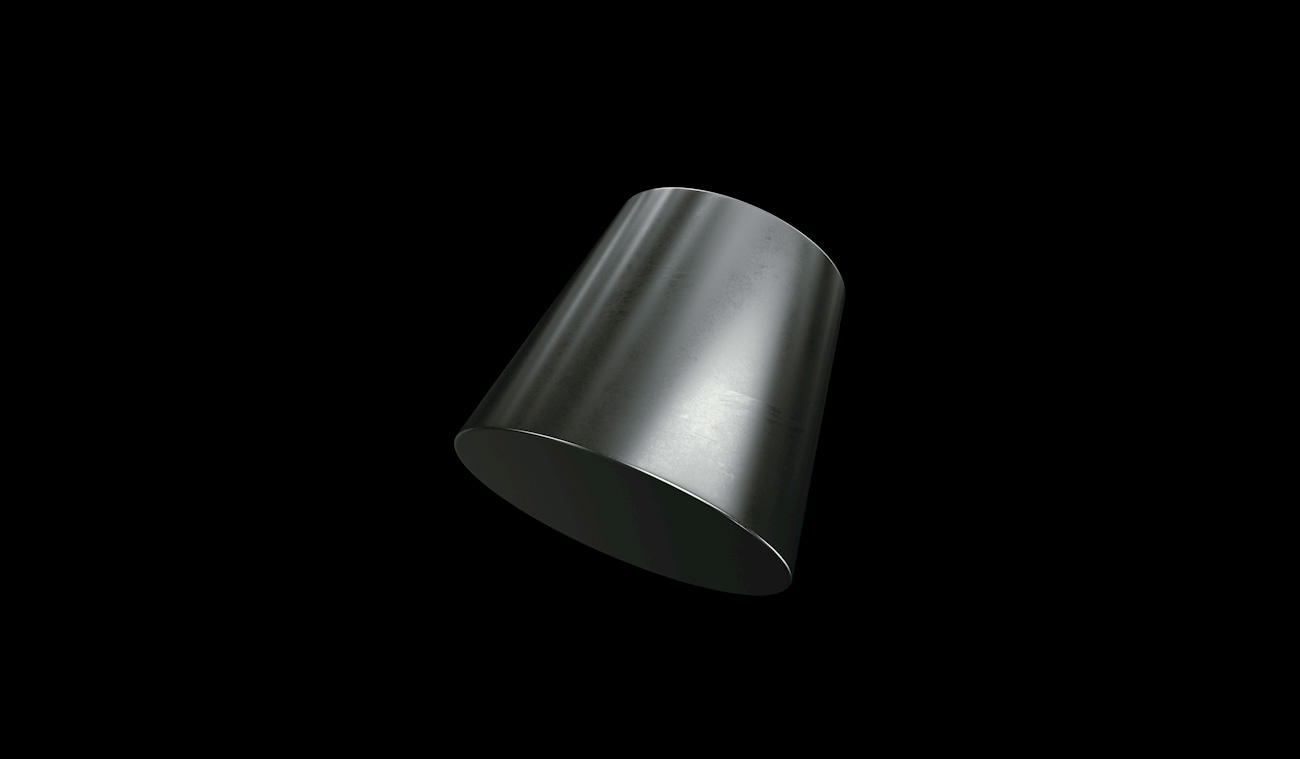 Another craft on the report is described as saucer type round of 1 meter in diameter, with an array of yellow light on the lower portion of a dark metallic material with a light gray metallic ring around it. The object had a bright dome with panels on top portion emitting a white intense light. On the lower part the craft have a porthole were an bright red light was shouting out. 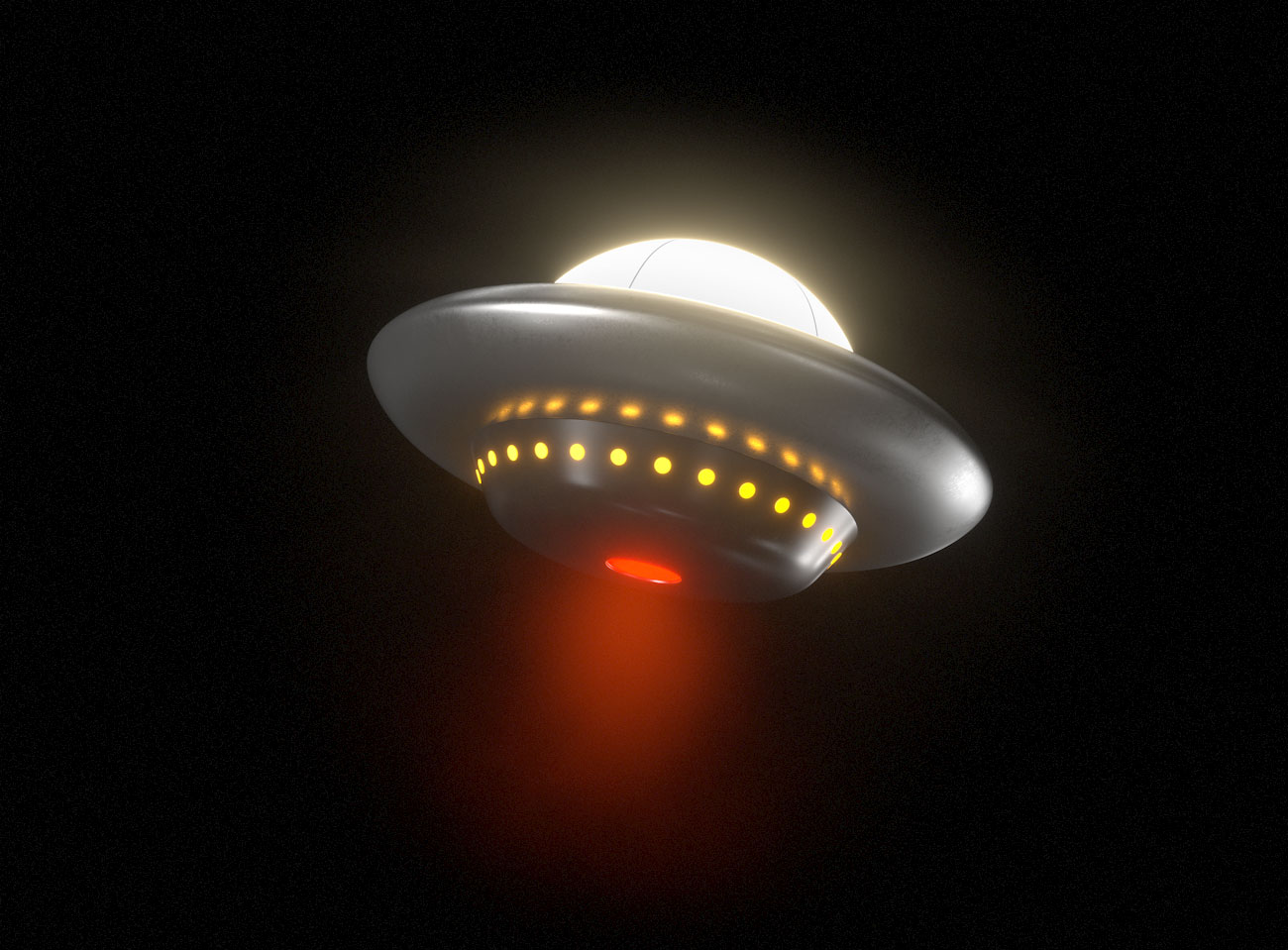 Colares – Antônio de Souza, 51, retired Pará military policeman, resident of Colares – He was watching television when persistent interference made it difficult. He went outside to check the antenna on the roof… and saw a lighted object, color gray, almost white, round with a transparent dome on top, the object had a round circle on the inferior of the craft emitting a red-hot light. having what he judged to be two tubes of small diameter from which directed green and red light came out; size estimated at 1.50 centimeters at a distance of about 500 meters. The object did not make any sound 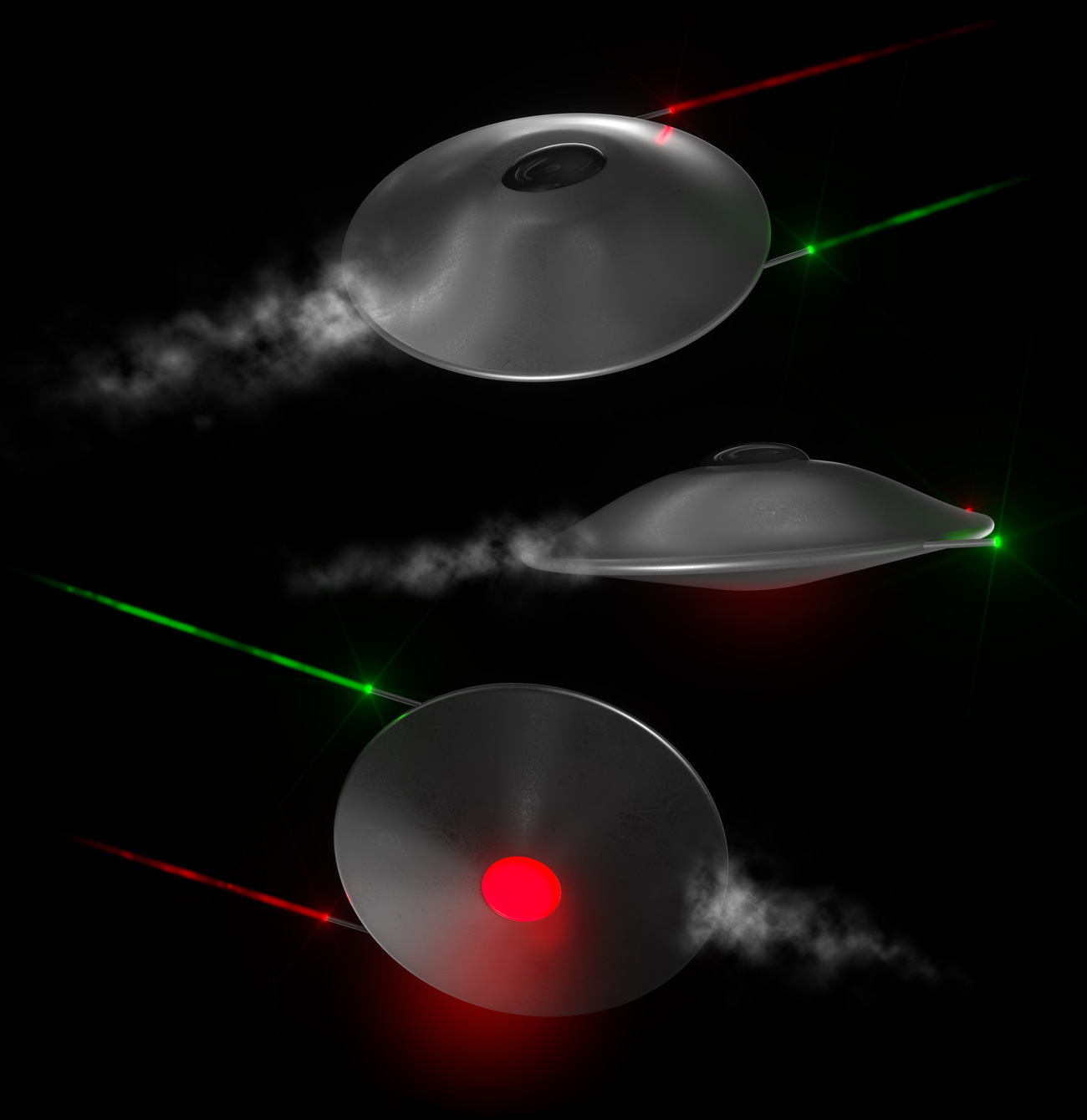 Colares – Antônio Ferreira, 35 Painter, resident of Colares – He saw what he described as an airship oval-cylindrical in shape. reddish on the bottom and bright metallic gray at the top section. moving faster than a jet in the direction of SE/NE around 1,200 meter of altitude. He estimated that the overall diameter of the object was approximately half a meter with a length of one meter. The object was moving in a very irregular matter described like a fast wavy pulsing action and spinning occasionally. 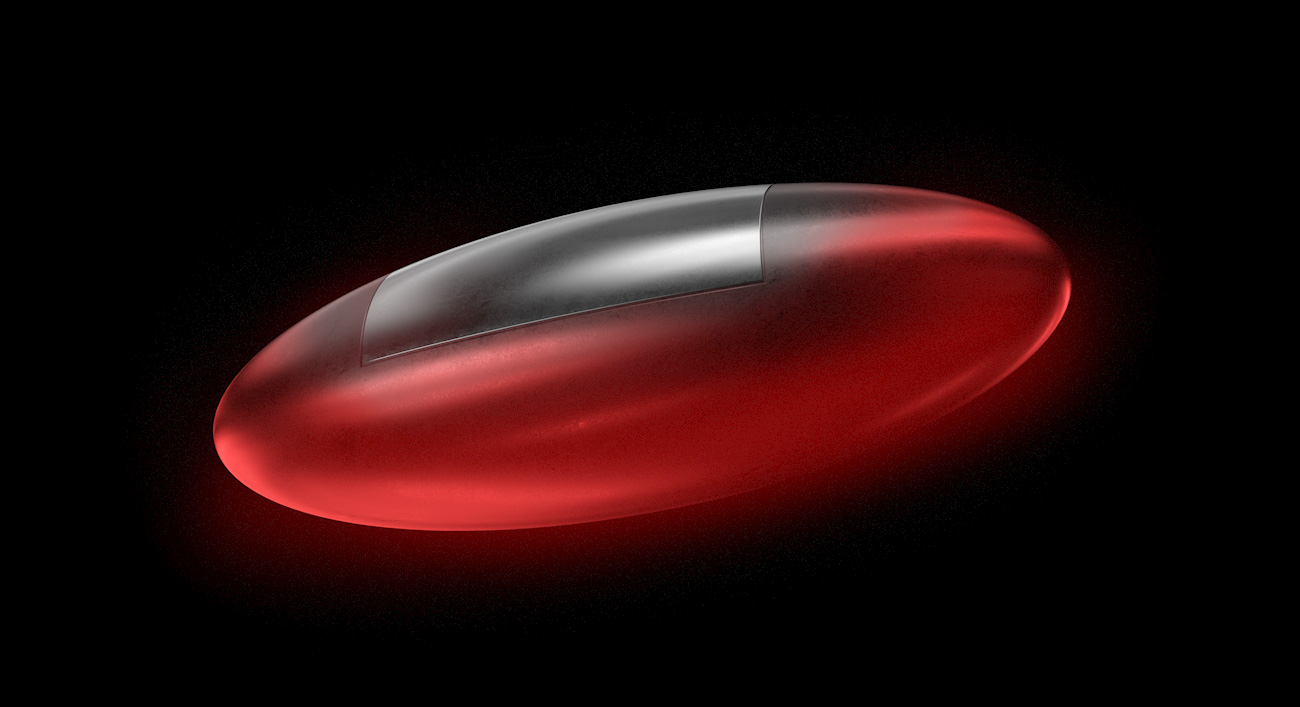 April 1977(more than six months before Operacao Prato began) Four wood cutters were aboard an old wooden fishing boat and they had gone to the uninhabited Crab Island in the Bay of Sao Marcos, to get wooden pales to sell. The island is hundreds of kilometers east of Colares. The next day three of the men awoke the next morning to find the fourth dead in his hammock. Two of the survivors were burned, one seriously. The survivors have never learned what happened to them. A number of people in the Sao Marcos-Crab Island-Pinheiro area were burned by UFOs in incidents similar to those in Colares and Vigia. The sightings lasted for four months (April, May, June and July 1977) before tapering off, and apparently the UFOs then moved on to the Colares area. Hollanda believed that after leaving the Colares area they went farther west into Amazonas.

Some of the locals interviewed by Hollanda described a recurring craft with unusual cylindrical shape with an opening at the top. A row a blinking bright lights at the located bottom section, with two protruding appendices that seem to be some kind of antennae. The object was emitting a intense ray of light that was reflected by the water, This craft moved in a horizontal manner. 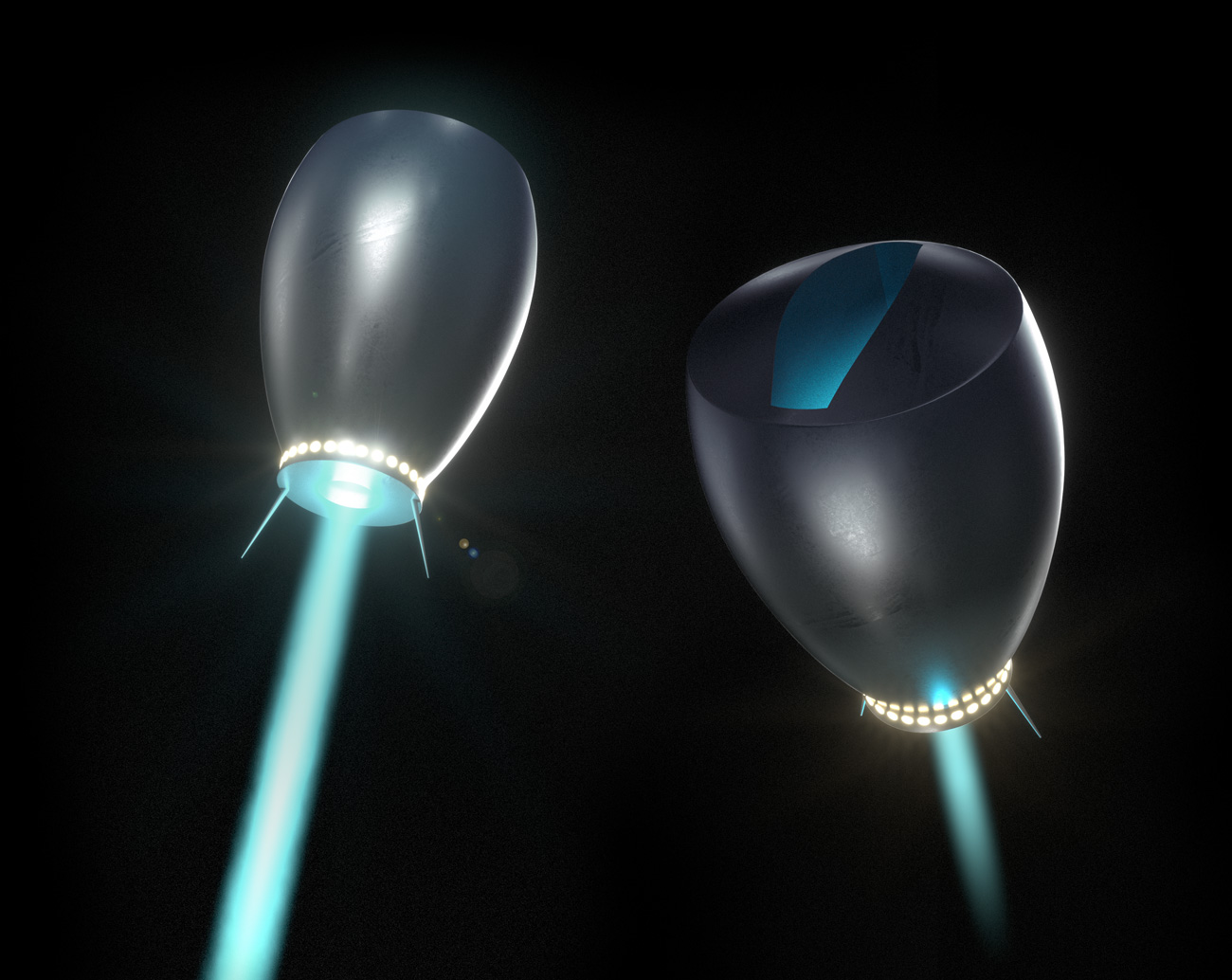 Pará, a northern Brazilian state, is the site of Amazonia National Park. Protecting a vast swath of the dense, lush Amazon Rainforest, the park is home to thousands of wildlife species. Much of it floods annually, making remote areas accessible by boat. Near the mouth of the Amazon River is Belém,
The village of Colares is located on the island of the same name in the north part of Pará, facing the Marajo Bay that goes off the Atlantic Ocean. The population was comprised of humble working people like fisherman, farmers etc.

The Chupa-chupa incident began with lights all over Colares. sometimes in shape of a hat, round, disc, like an umbrella. The locals saw things all over, Bacuri, Penta do Machadinho, Praia do Correo . They seemed to come from way up high, from many places, from the sky, from the bay, from a horizontal position. Around 6' o'clock when the sun set, groups of as many as 50 to 60 people would get together in one house, women and children. At night, people saw many lighted objects flying and in formation at times. 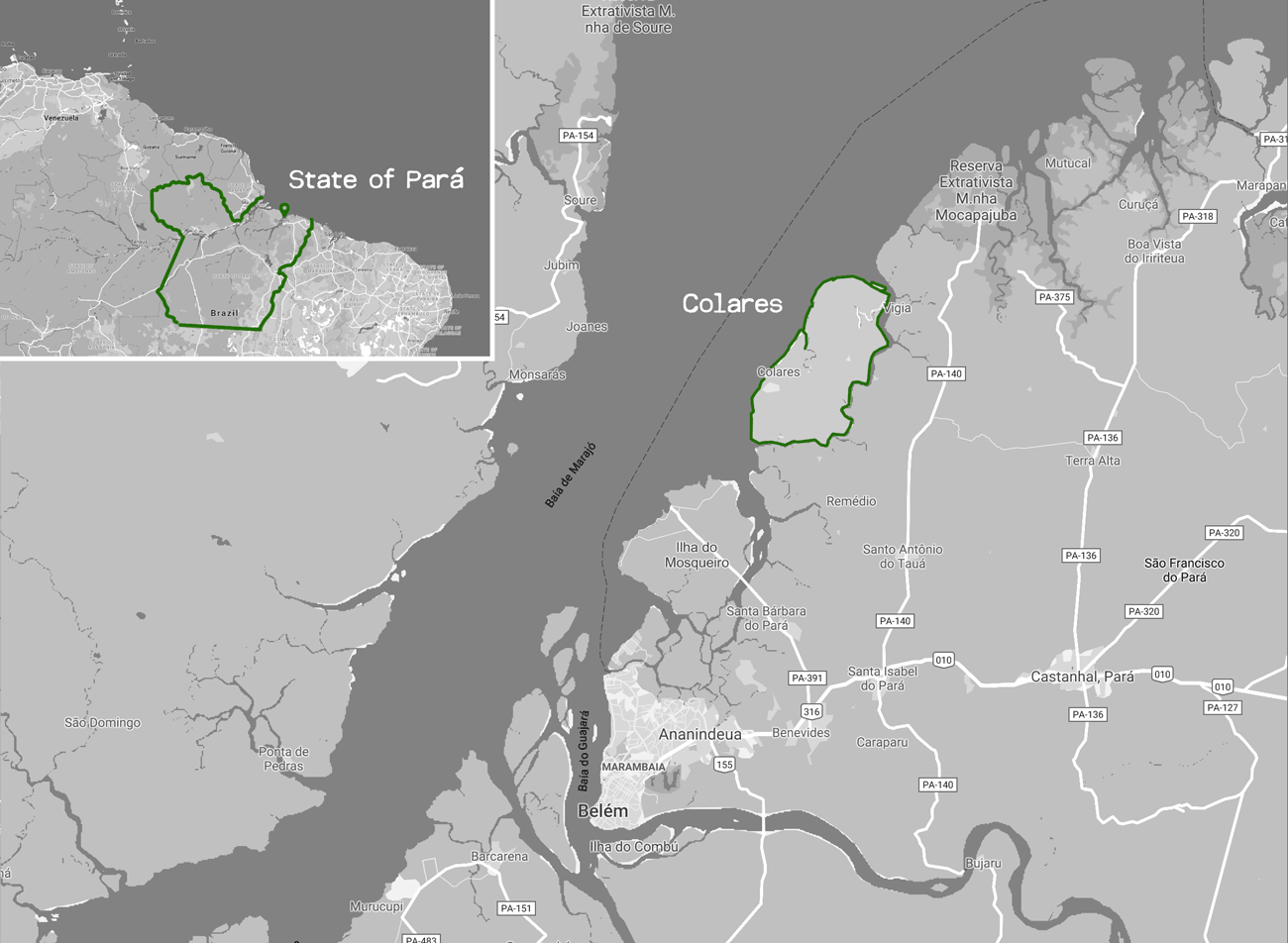 In the Prato investigation between October 1977 and January 1978, intelligence agents from the Air Force base in Belém in northern Brazil interviewed hundreds of witnesses in Colares and about thirty other villages north of Belém .As stated earlier, Intelligence agents spent four months investigating hundreds of sightings and encounters. It was a small team consisting only of Captain Uyrangê Hollanda and six sergeants, who were armed only with a theodolite, cameras and tape recorders

After four months, Brigadier Protázio Lopes de Oliveira, the base commander in Belém, shut down the investigation. Hollanda and his second in command, Sergeant Flávio Costa, then compiled a final report consisting of about 500 pages of documents plus several hundred photos and motion picture films of UFOs, and numerous maps and sketches. Many of the sketches show the paths of several UFOs passing over an area on the same night. All of this was sent to Air Force Headquarters in Brasília and none of the records were made public until May 20, 2005, and then only to the handful of ufologists who had been invited to meet with the military leaders. During the Brasília meetings, the ufologists were allowed to examine about 110 photos and 160 documents from Operation Prato. However, over the years, photocopies of many of the Operação Prato documents and at least eighteen photographs were leaked to civilian and this are some of them: 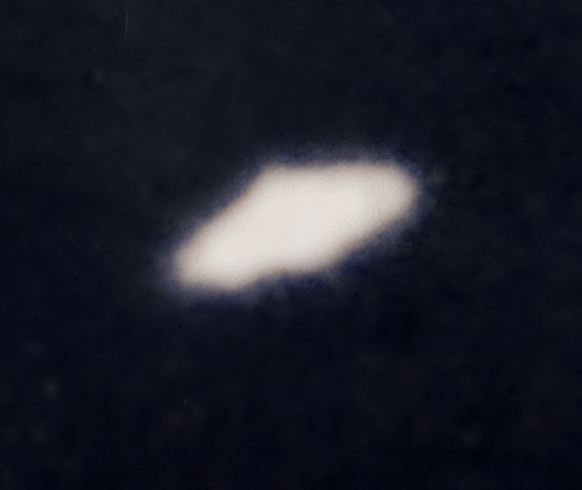 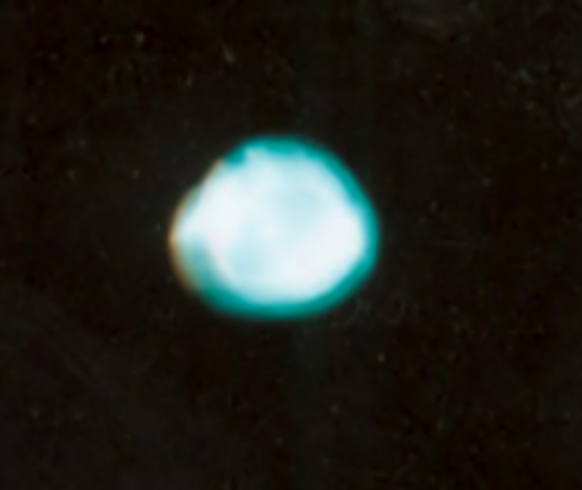 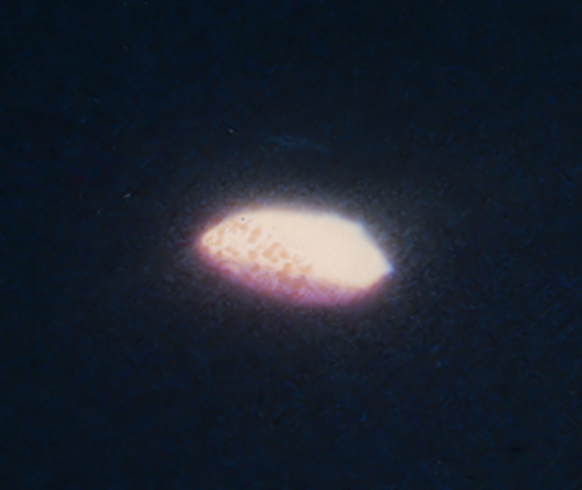 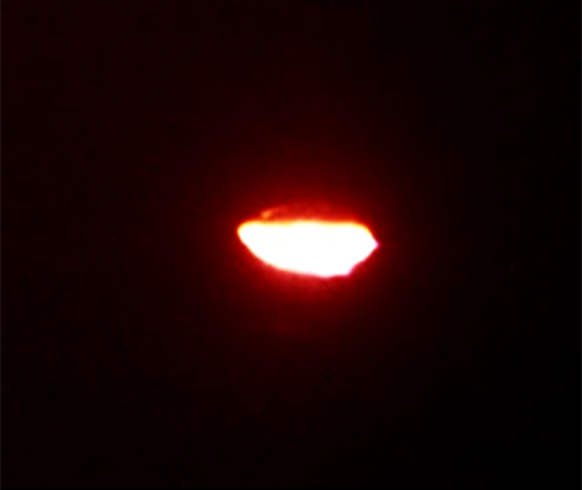 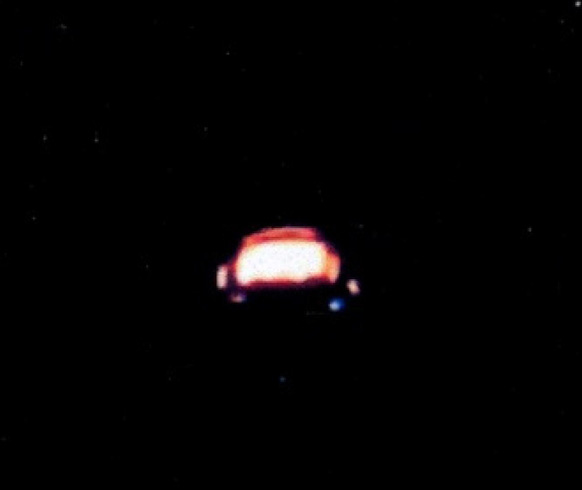 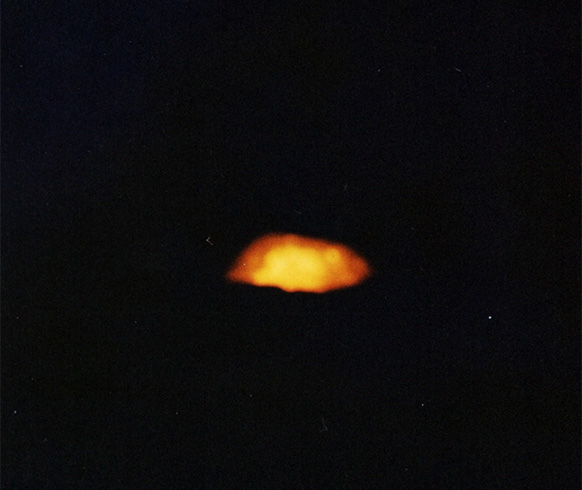 As Bob Pratt said, Operacao Prato is unique in the history of the UFO phenomenon. It resulted in well-documented proof that UFOs are real. Never before or since has such a long series of sightings and encounters been officially investigated by the government of any country, especially one the size of Brazil. Now if you can get FAB to open those files to the public.

Over a long period of time these objects flew wherever they wanted to with impunity. They appeared in the form of brilliant lights, often in the shape of balls and discs, moving swiftly or slowly or hovering and often executing sharp maneuvers. Sometimes they shot out beams of light that targeted people, burning them. At times, objects/crafts were seen diving into the waters of Marajo Bay and coming out, and sometimes fishermen saw blue lights moving around under the water.