One day in March, 1967, the Spanish-speaking intercept operators of Detachment “A” located at Key West Naval Air Station in Florida heard Cuban air defense radar controllers report an unidentified “bogey” approaching Cuba from the northeast. The unidentified aircraft entered Cuban air space at a height of about 10,000 meters (about 33,000 feet) and sped off at nearly Mach 1 (nearly 660 mph). The Cuban airforce scrambled two MIG-21 jet fighters to intercept. The jets were guided to within five kilometers (three miles) of the UFO by Cuban ground control intercept radar personnel. The flight leader radioed that the object was a bright metallic spheroid disc with no visible markings or appendages. When a try at radio contact failed, Cuban air defense headquarters ordered the flight leader to arm his weapons and destroy the object. 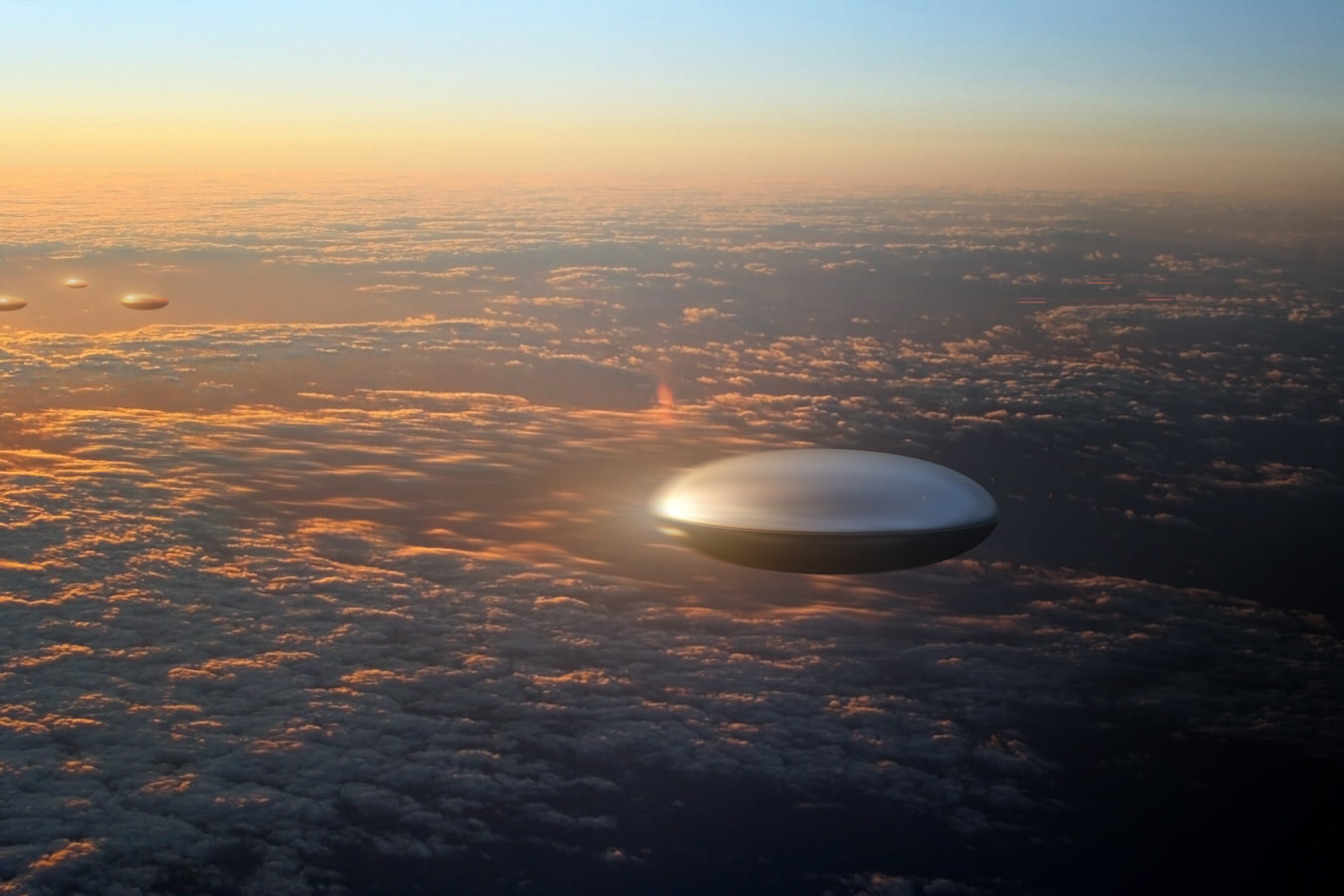 The leader reported his radar was locked onto the bogey and his missiles were armed and ready to engage. Seconds later, the wingman screamed to the ground controller that his leader’s jet had exploded. When he gained his composure, the wing man radioed there was no smoke or flame, that his leader’s MIG-21 had disintegrated in mid air. Cuban radar then reported the UFO quickly accelerated and climbed above 30,000 meters (98,000 feet). At last report, it was heading south-southeast towards South America. 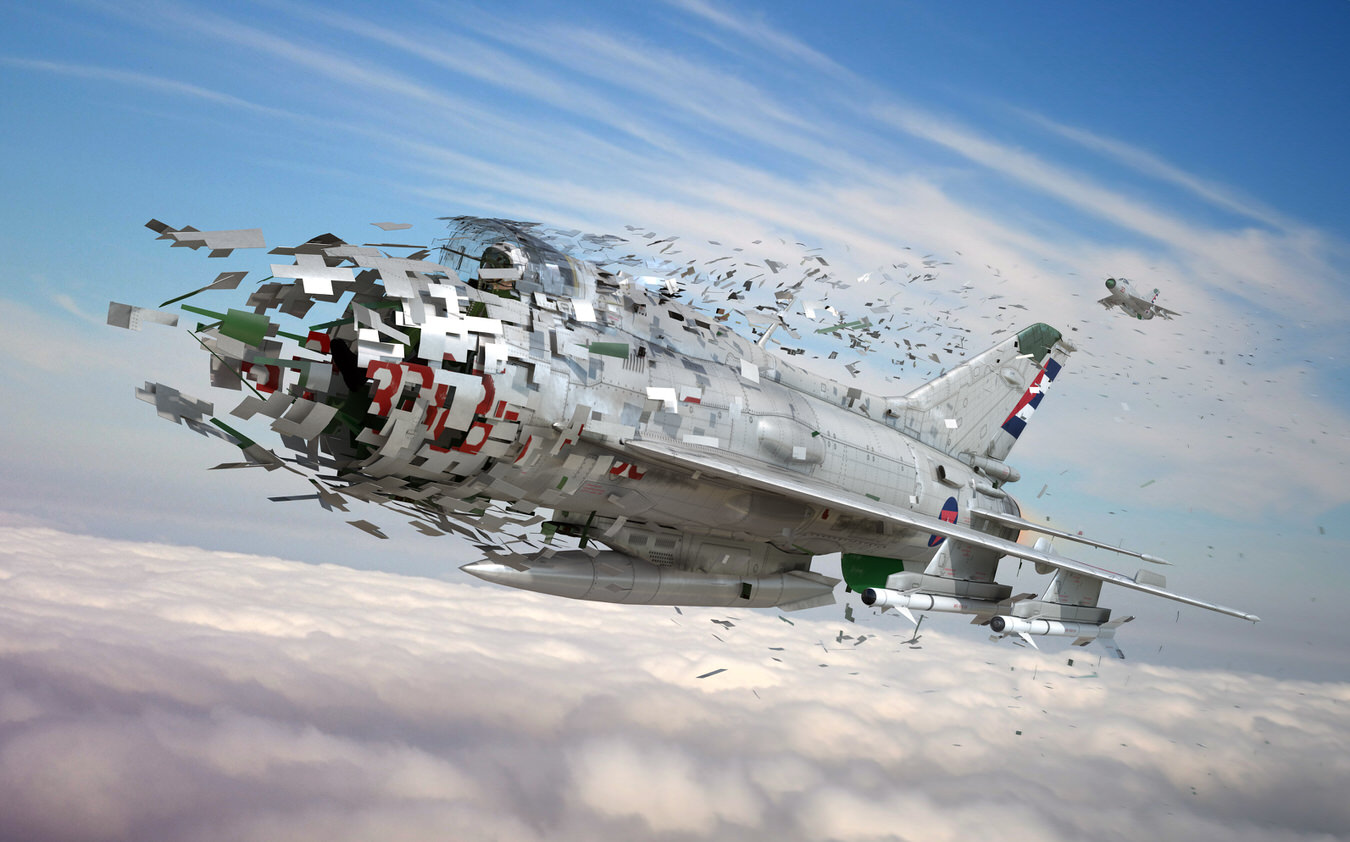 Within hours, Personnel of the Detachment received orders to ship all tapes and pertinent data to NSA and to list the Cuban aircraft loss in squadron files as due to “equipment malfunction.” At least fifteen to twenty people in the Detachment were said to be fully informed of the incident. Presumably, the data sent to NSA included direction-finding measurements that NSA might later combine with other site’s data to triangulate the location and altitude of the MIG-21 flight paths. If the AFSS equipment in Florida was sensitive enough, the UFO could have been tracked by its reflection of the Cuban ground and airborne radar.

A CAT AND MOUSE GAME

On March 31, 1967. William(Bill) Schroeder was stationed at the B Battery 6/65th of the US ARMY AIR DEFENCE COMMAND on the Florida Keys. Him and his cousin Denis Force who was serving at the time at the 644th Radar Squadron of the US AIR FORCE on Richmond Air Force Station in Florida tracked multiple UFOs over South Florida and the Gulf of Mexico. Denis was working a twelve hour shift from 7pm To 7am. He was speaking with his cousin Bill over the phone about 10pm, when he received a priority telephone call from NORAD Headquarters. They advised that four unidentified aircraft had been picked up on Canadian radar passing over mid Canada and heading south along the east coast of the United States at a very high rate of speed. He quickly notified the duty officer and waited for his radar to paint the four unidentified aircraft. The radar showed four aircraft coming into range at approximately 5000 mph and decelerating to approximately 1500 mph. He had Bill on the telephone and advised him as the situation developed.

My cousin called me one night on the net and advised me that something unbelievable was happening in South Florida. He opened the net so I could monitor the traffic regarding the incident taking place. I pulled my headset to my ears as I listened to various NORAD stations tracking a UFO just off the coast of Miami. At the time, Homestead was a SAC(Strategic Air Command) base, and any such traffic was a great concern to the Air Force. Although I was about 100 miles from the target under discussion, I had the capability to observe activity in the area with my own radar. I had only to take it off standby. As I was bringing up my antenna, the chatter continued, and referred to three more objects in the sky near Miami. It was also noted that civilian observers had now sighted the objects and the sighting was being reported on local commercial radio.

As my scope came up the first thing I noticed was three Marine fighters departing from Boca Chica Naval Air Station, heading North. The UFOs were clearly visible just Southeast of Miami. They appeared to be moving just East of North, skirting the Florida Coast. They then turned sharply West, crossing the Keys near Everglades National Park on the south tip of the Florida mainland. It only took the Phantoms a few minutes to reach the area of the bogies. I have no idea if the pilots sighted the targets visually, or electronically. The air channel was not part of the NORAD net. As the phantoms approached the targets they disappeared off the scope. Now there is only one way to disappear when being observed by a PAR (pulse acquisition radar). You must go straight up, or straight down.This cat and mouse game went on all night. Much to much to type in this report. Visual observations in Miami reportedly included the observation of one large object and three small ones. This I cannot verify, although I imagine the Miami Herald would have some record of it. To me, they appeared to be flying a search pattern. The way the Coast Guard would search in grids.

After about four hours(around 2:00 am) one of the unknowns began moving South directly towards my location. The target was really moving, probably twice the speed of anything I had ever tracked, around 1100 miles an hour. This would provide me with an excellent opportunity to lock onto the target with a different type of radar. This other type of radar has the capability of bringing back actual sounds of the target . Turbo prop, jet engines, or the thud of rotary aircraft could clearly be heard with this system. As the target approached it decelerated but was still super sonic. I brought the targeting radar into alignment with it and brought the unit on line. For a short moment, a very short moment, I could hear a high pitched whine, similar to a jet engine, but smoother and much higher pitch.

At this point the target obviously detected my lock and hit my sight with some type of electronic countermeasure[EMP]. It appeared to reverse the polarity of every piece of equipment on the sight, although I was never able to verify that. Needless to say this caused an instant shutdown of the system and erased a great many taxpayer dollars. As I was exiting the control center the launch crew stated that they had seen the object pass over. It was moving so fast that one of the guys swore it was a meteorite, but was flying level. When last seen the object was headed South towards Cuba. It was many years later that I read newspaper articles about a two week flap in the Miami area. I would also later learn about a Cuban MIG-21 that was allegedly destroyed during an encounter with a UFO in March 1967.
Map 1 – Initial trajectory of the flight pattern for the two UFO groups tracked over U.S. territory the night of March 31, 1967 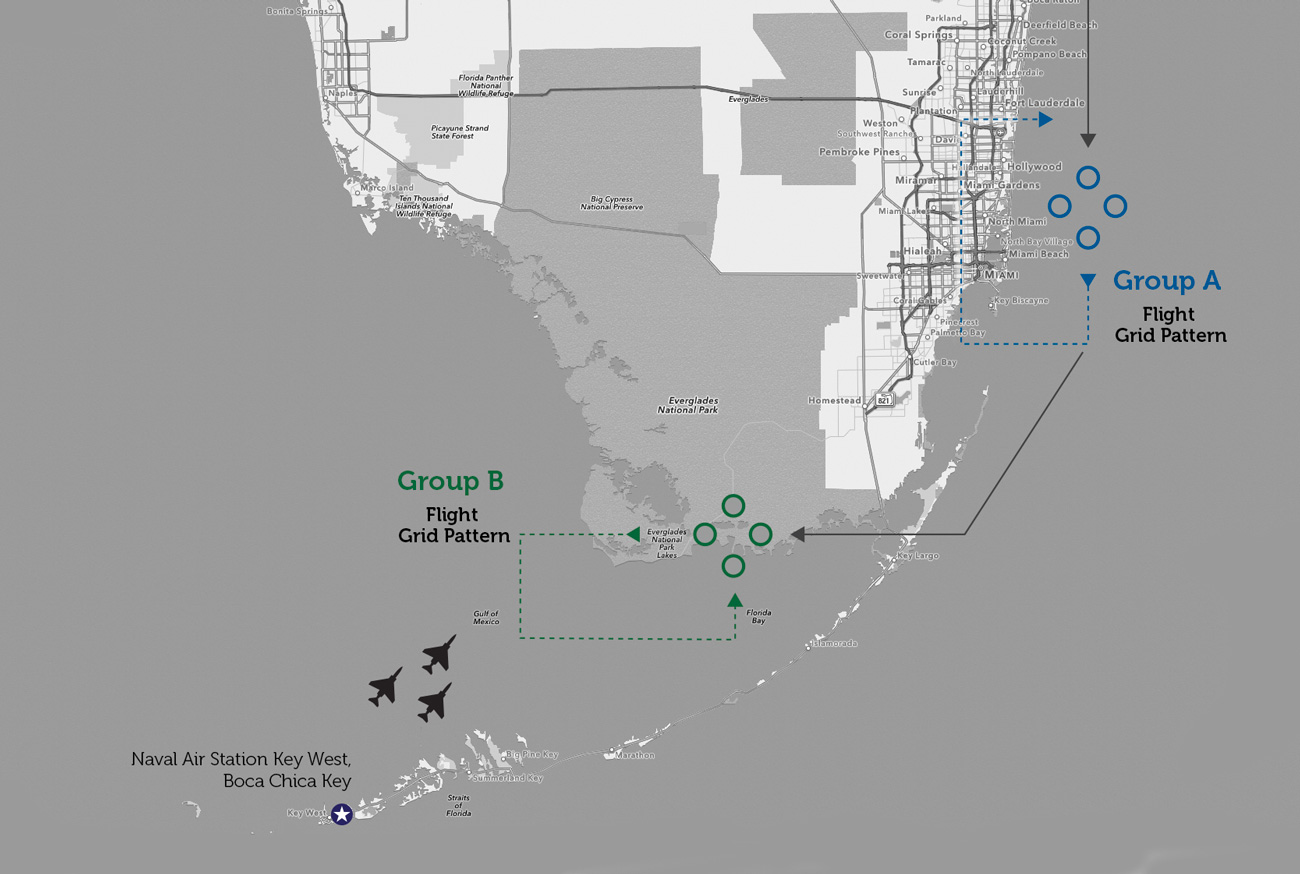 Map 2 – Full trajectory of the Group B and the break out of one of the UFOs toward Cuban territory on early morning. 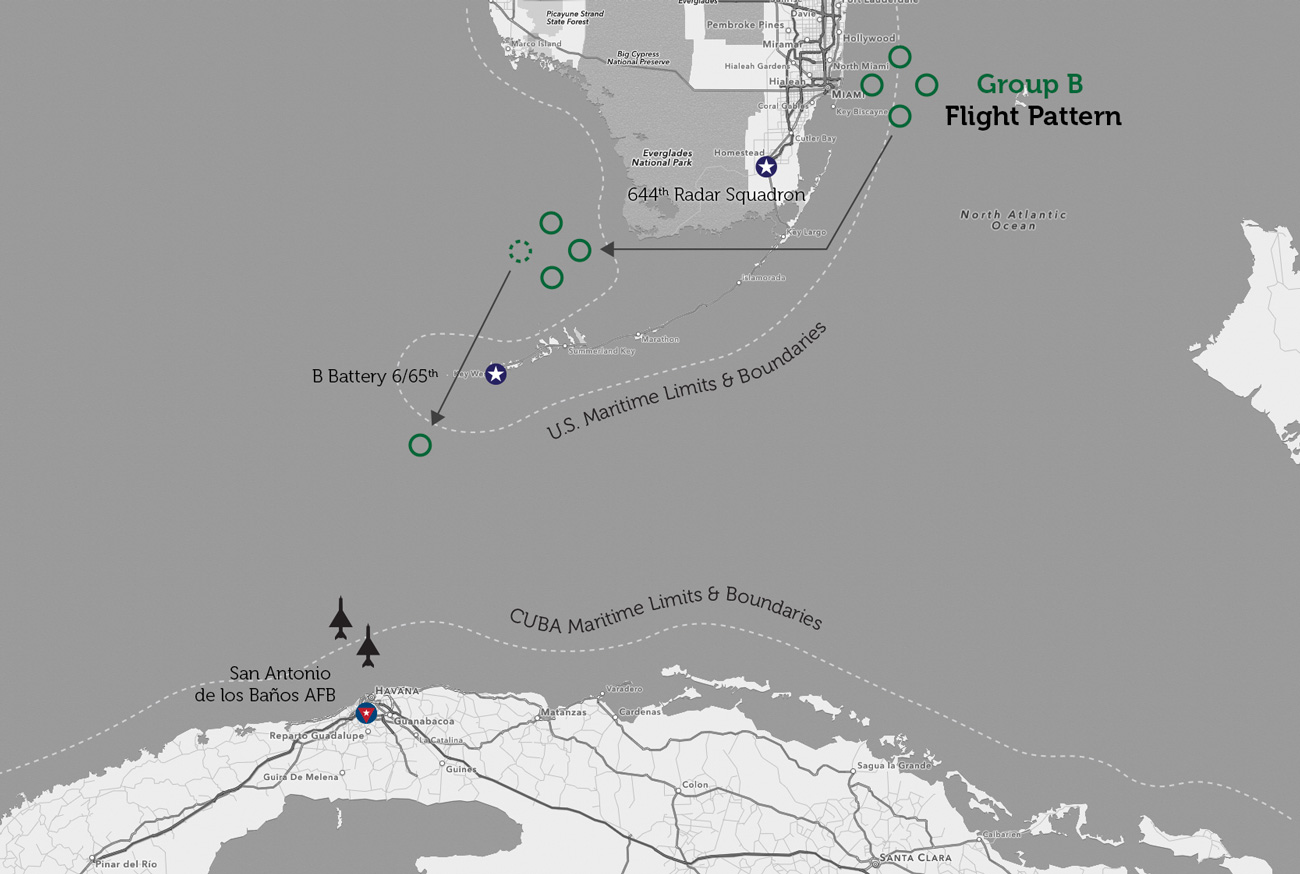 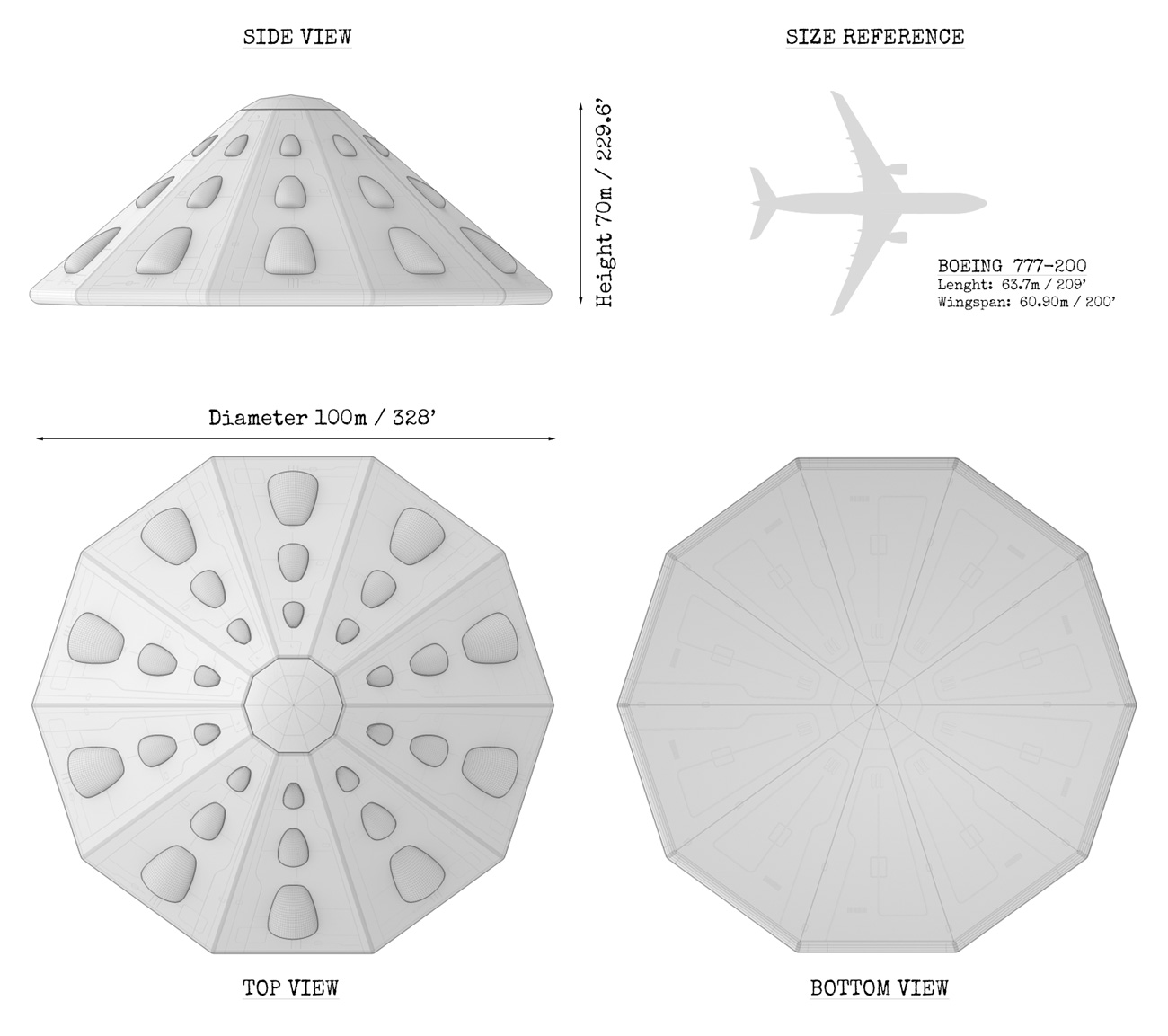