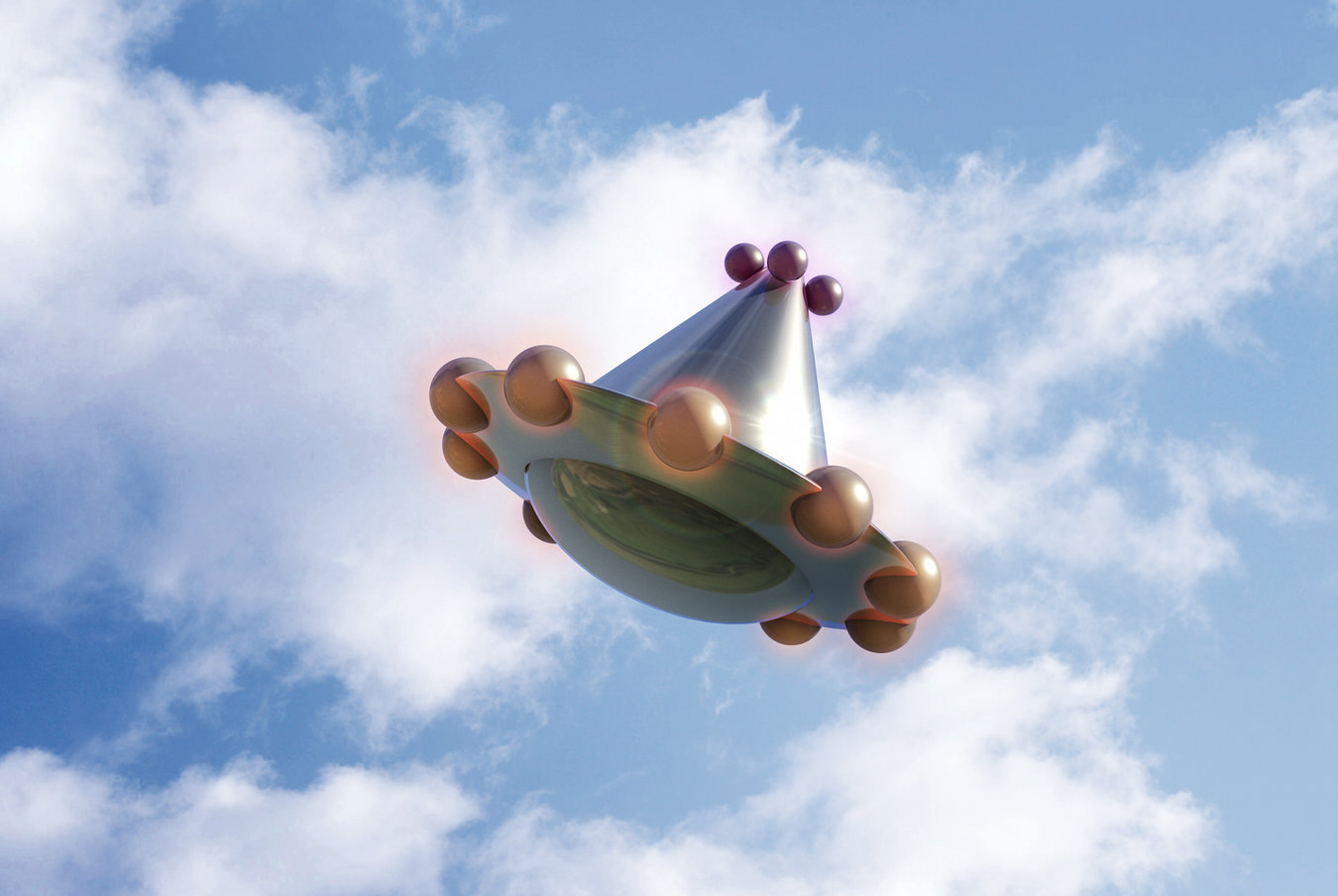 On an unspecified date in late summer or fall of 1972, a witness who insists upon remaining unidentified was walking near Lake Maniwaki in the Province of Quebec, Canada, when he came upon a huge cone- shaped object apparently resting upon the ground or else hovering very close to it. It was of very large size, 60 to 70 feet tall, and as he came into view it began to rise. He quickly opened his camera and snapped a picture of the strange aircraft on black and white negative film as it continued to ascend upward towards the clouds above. The photograph was made with a 35mm hand held camera in what looks like late mid- afternoon time.

This strange object was ice- cream- cone shaped, and of about the same profile and proportions as the Mesa, Arizona; Ipamari, Brazil and Cocoyoc, Mexico craft, but here the similarity ended. This one was flying with the point of the cone UP and the large end down. It looked metallic and was of a silvery color with 12 seemingly fluorescent or somewhat light-radiating globes positioned around the bottom that also looked metallic, and four more around the top that were of a slightly different color and also seemingly light radiating. The twelve lower globes around the rim of the widest part were of a sort of reddish-orange hue and the smaller ones around the top just below the point were a little more pinkish in color. The rest of the surface of the object was not marred by seams, mateing lines, rivets or fasteners, and had no ports or protrusions, or details of any kind, seemingly made all in one piece, and there were no markings of any kind visible.

The witness has now disappeared and nobody who knew him has been able to trace his whereabouts. There is no indication as to whether other photos were made or whether the witness had any contact with the craft. The original negative was sent to someone in the United states and has become “lost” . 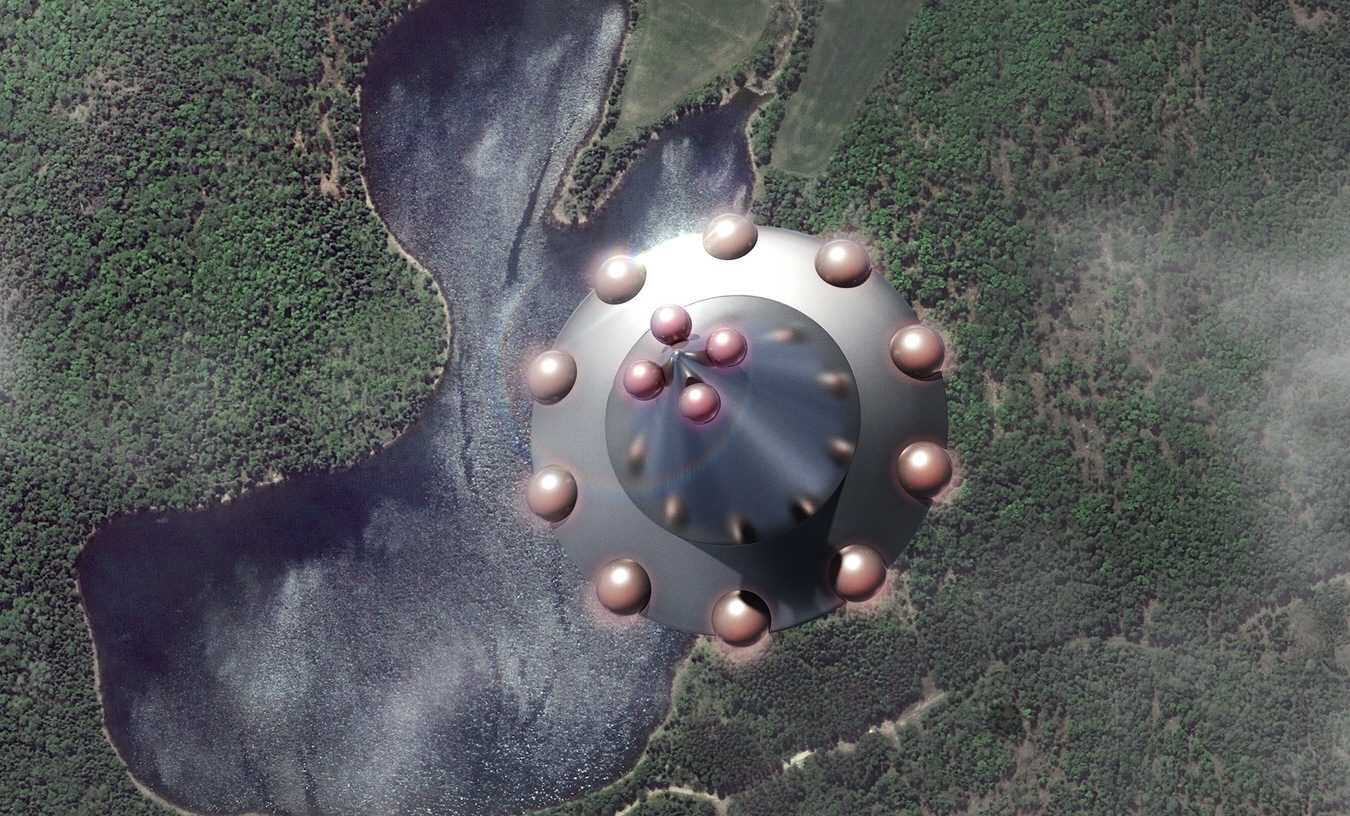 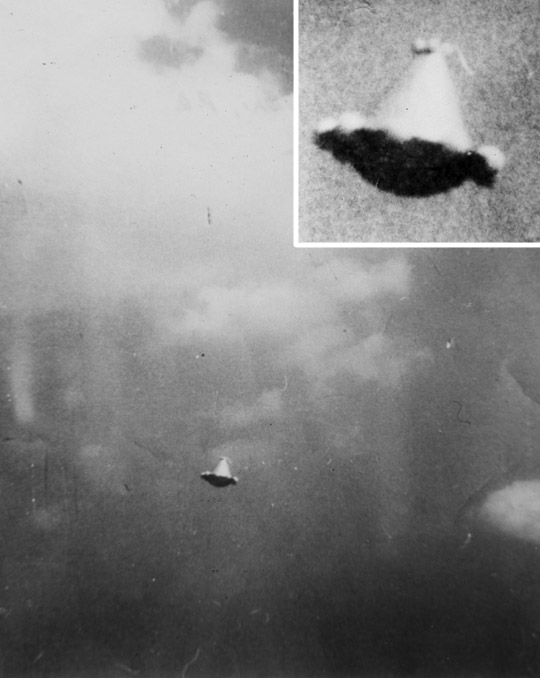 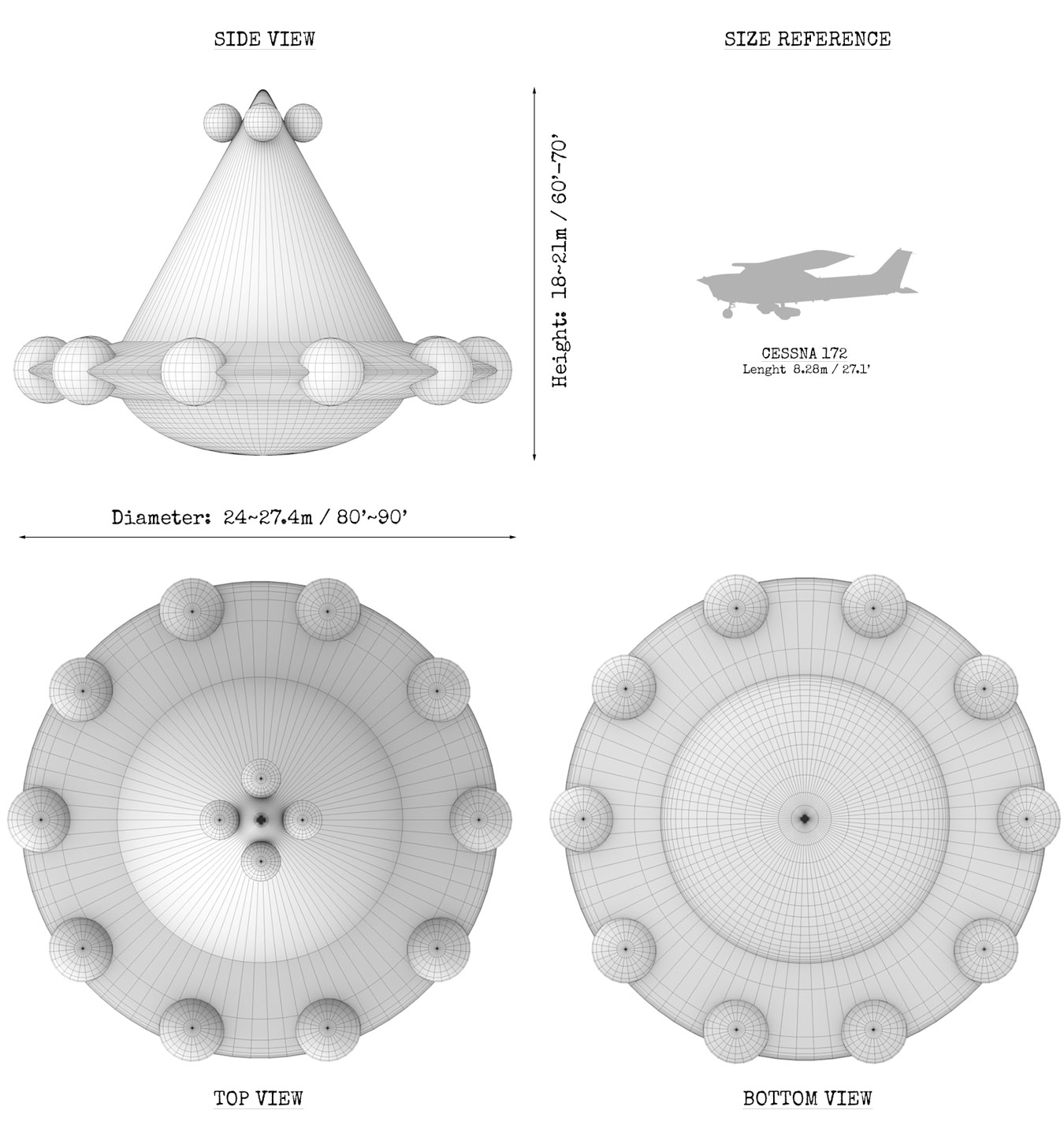