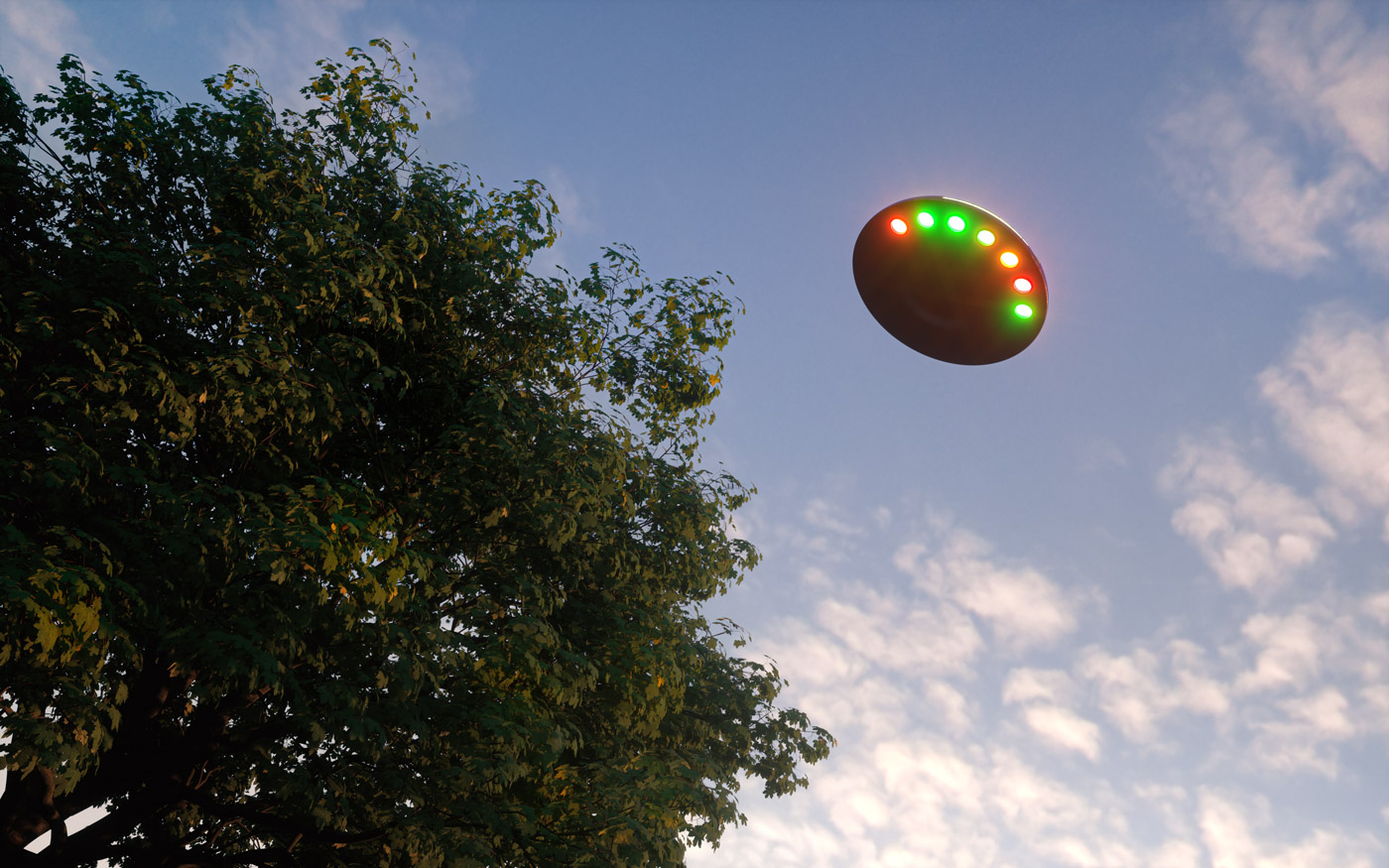 On a Sunday evening the 4th of February around 7:15 PM an unidentified craft was spotted hovering over the city of Redlands. The sighting was reported by some twenty observers and was described with seven lights on the bottom, which appeared as jets, and a row of eight to ten lights on top which were alternating in color. The object was reported to have proceeded at a low altitude in a northeasterly direction for about a mile, to have come to a stop and to have hovered briefly, jerked forward, hovered again, then to have shot straight upward, stopped, hovered again, then wavered to the northwest, gained altitude, and then to have shot off to the northwest with a strong burst of speed. It was under observation for about 5 minutes. The object was estimated to have been at least 50 feet in diameter at an altitude estimated of about 300 feet. The object seems to produce a high pitching sound similar to the sound used on the T.V. show the ‘Invaders’. Dogs in the area barked and the observer’s hair stood on end.

“It was very large, flat on the bottom and domed on top. There were strands of red, white and green lights and the interior of the dome appeared to be lighted. When I first saw it, the altitude was about 300 feet.” Mr. Patapoff ran into his house and called his wife, Angelina 47, and son, Mike Jr. 15. Mrs. Angelina Patapoff saw the Flying Saucer hover over town, rise straight up, then lower itself to former level.

“It was circular or oval in appearance from the angle I watched it,” Mike Jr. said. “First it seemed to hover, then it went straight up. When it returned to its former level, it was slightly north of its first path and the lights appeared to rotate.”

The same impressions were gained by another Redlands observer. Mike Candelaria 22. “I could not make out how the lights were attached to this circular object, but they appeared to be rotating counter-clockwise. Candelaria’s wife Mercedes 23 also watched the UFO, remarked “I was terribly frightened. I was thinking these lights would shoot down on me.”

Another neighbor, Mrs. Sally Guerrero, described the object as circular, dark shadow. “The lights were on the outer rim in a curved line, and change color with a flickering but did not go out” Guerrero said. “The object hovered briefly and then shot away to the west with a glide.” 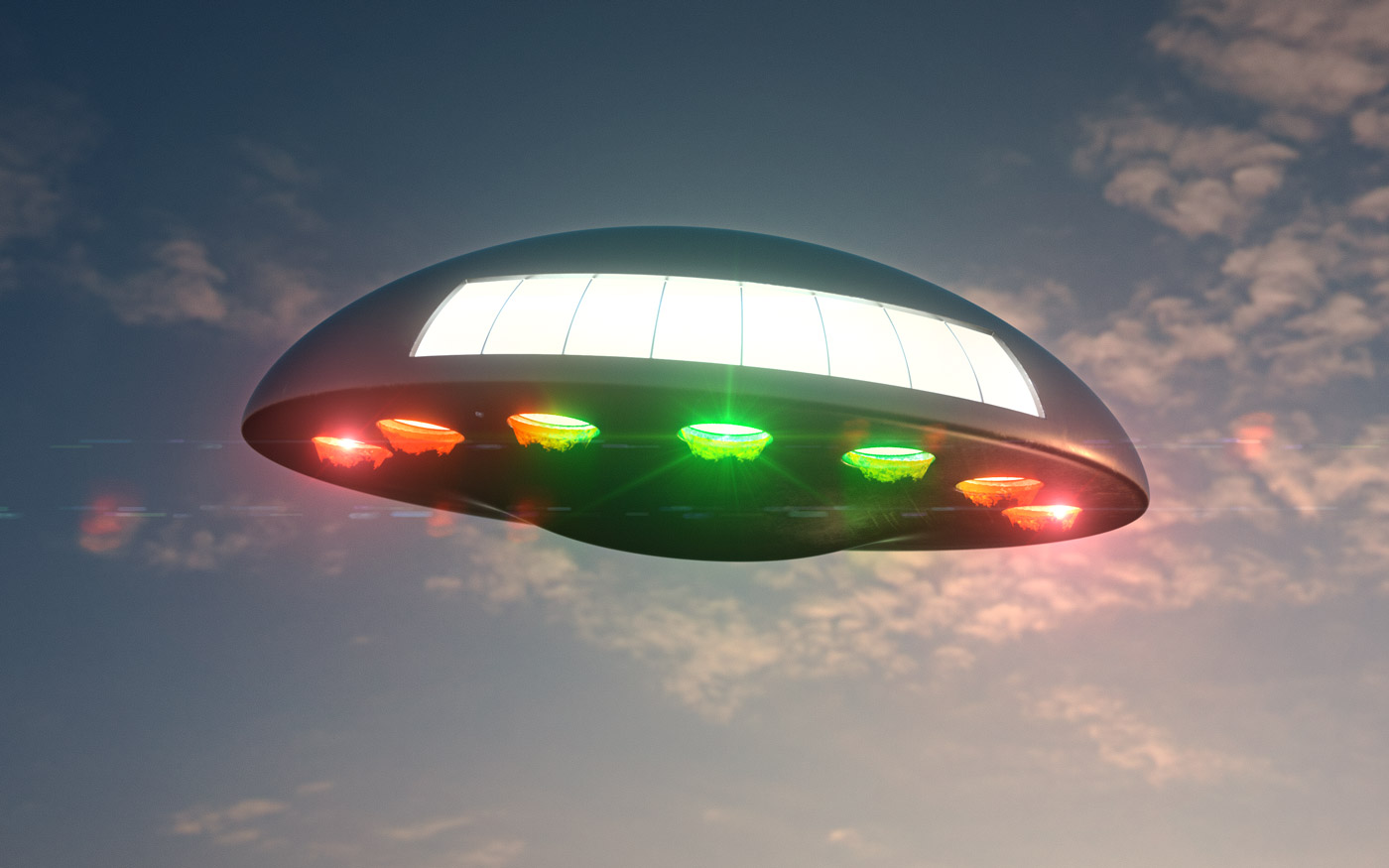 The University of Redlands launched in investigation leaded by Dr. Philip Seff, with the assistance of a professor of chemistry, Judson "Sanderson a professor of mathematics and John Brownfield a professor of art. Brownfield, came up with a composite drawing of what people said they saw. His composite painting was verified by witnesses.

“I’m convinced the people I talked to actually saw something,” said Brownfield, , who is retired and still lives in Redlands. He said he no longer has the original copy of his chalk illustration but remembers trying to throw witnesses off while he was making drawings based on their descriptions. They inevitably stuck to their individual stories, he said.

“There were a lot of inconsistencies,” he said. “About the only thing I could come up with that seemed to be consistent was that it was a disk-shaped object with lights in a circular pattern.”

The details, he said, “varied from person to person. Were they flashing? Yes. No. What color were they?” Several people reported red, green and white lights. Others saw orange lights or flames. “There were a lot of people who saw something,” he said. 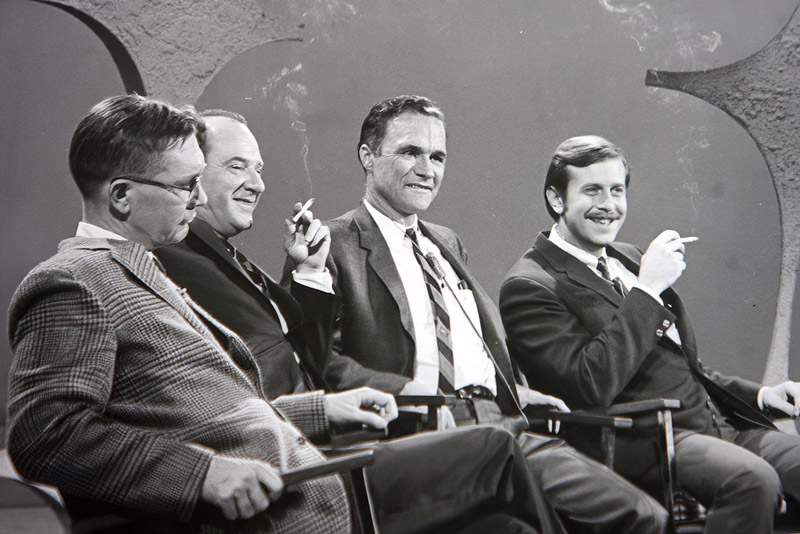 James MacDonald, far left, a UFO expert from the University of Arizona, joins -- left to right -- Philip Seff, Judson "Sandy" Sanderson and John Brownfield, three University of Redlands professors, in an NBC-TV panel discussion of a 1968 UFO sighting in Redlands.
Over three months Dr. Seff with the other professors investigated the incident. He said each of the witnessed were interviewed separately and were subject to relentless cross-examination.

Dr. Seff commented, "In my discussion with the Air Force, they informed me that the object was not detected on radar. However, since the installation is at March Air Force Base, a range of mountains stands between Redlands and the Air Base. Therefore, to quote them, they would be scanning above the object and it would be impossible to detect.

He added, "The main controversy is in the sound which was reported by both visual observers and many others. At precisely the same time that the object appeared, the Redlands Emergency Rescue Vehicle left its garage and traveled along Lugonia Avenue. The sound its siren emits is very weird and loud. I believe the sound it made was mistaken by the witnesses to be coming from the UFO. The original sound was recorded on tape. I had the ambulance drivers run the same route and re-taped the sound. Witnesses agree it is the same. However. the time I recorded the sound it was very low. I was standing in the church where it was originally taped (by accident by a minister who was taping his sermon) and had to open the door so that our recorder could pick up the sound.”

1. “I can attribute the object sighted to no known type of aircraft. Since the atmosphere was clear and the object was low, witnesses obtained a clear view, also, no known aircraft was over Redlands at that time.”

2. “To my knowledge and that of my colleagues, we can attribute the object to no known natural phenomenon.”

3. “The sound heard was that of the emergency rescue vehicle. In the excitement of seeing a UFO, witnesses naturally assumed it was coming from the object overhead.”

4. “The composite painting was obtained from witnesses seeing the object at different angles. Therefore, the conclusion is probably a very accurate representation of the object. “Classification: UFO” - Philip Seff, Ph.D.
Over the course of our investigation we came across with four different drawings made by John Brownfield of the witnesses account. All shared the same characteristics, except the one found in an APRO bulletin placing square ports/lights at the base of the domed portion of the object instead of the round ones located at the lower flat of the object. The reason for this discrepancy is unknown. 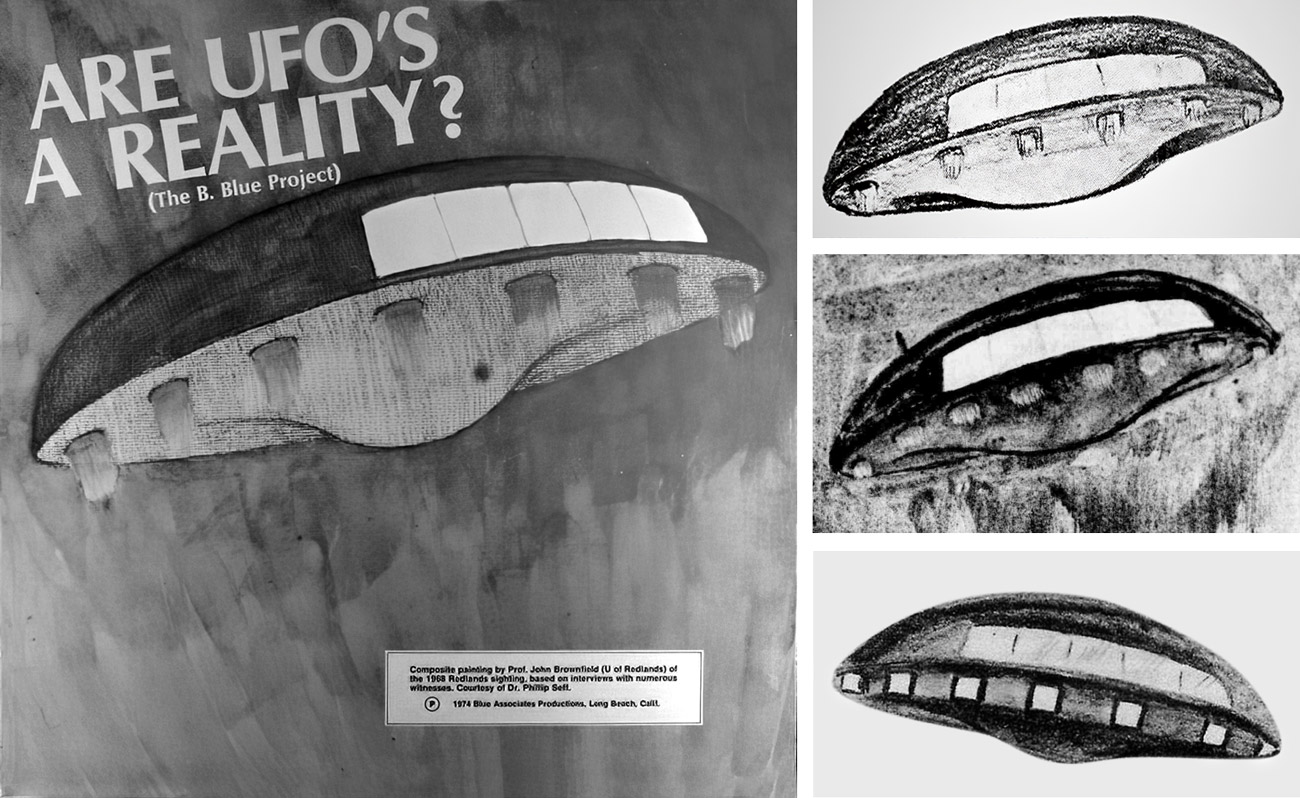 Additionally, the incident at Redlands, was selected by Hynek to illustrate the lack of rigor in the scientific methodology of Blue Book investigations.

He commented about this case - “Blue Book classified this object as 'probable aircraft.' The discrepancy between what was reported and the Blue Book evaluation is so great as to be laughable. The law, further, states that planes cannot fly lower than 1000 feet over Redlands. It appears inconceivable that twenty or so witnesses would misidentify a light, single engine plane, several miles away, as a brilliantly lighted, unconventional aircraft at 300 feet that jerked, hovered, and sped away, and went straight up in the overcast.”

Norton AFB reported that March AFB radar painted no unusual targets (ignoring completely the fact that an object at 300 feet altitude would have been missed by this radar) and that a light plane had landed at Tri-City airport at 19:15 PST, all witnesses, agreed that the sighting could not have occurred earlier than 19:20. Furthermore, a check made by the university professors, with the authorities at the airfield showed that the plane was coming in from Los Angeles and never approached closer than six miles to the city of Redlands and therefore never passed over the city. The plane which landed was a Bonanza single engine propeller aircraft which the professors took the trouble to examine. 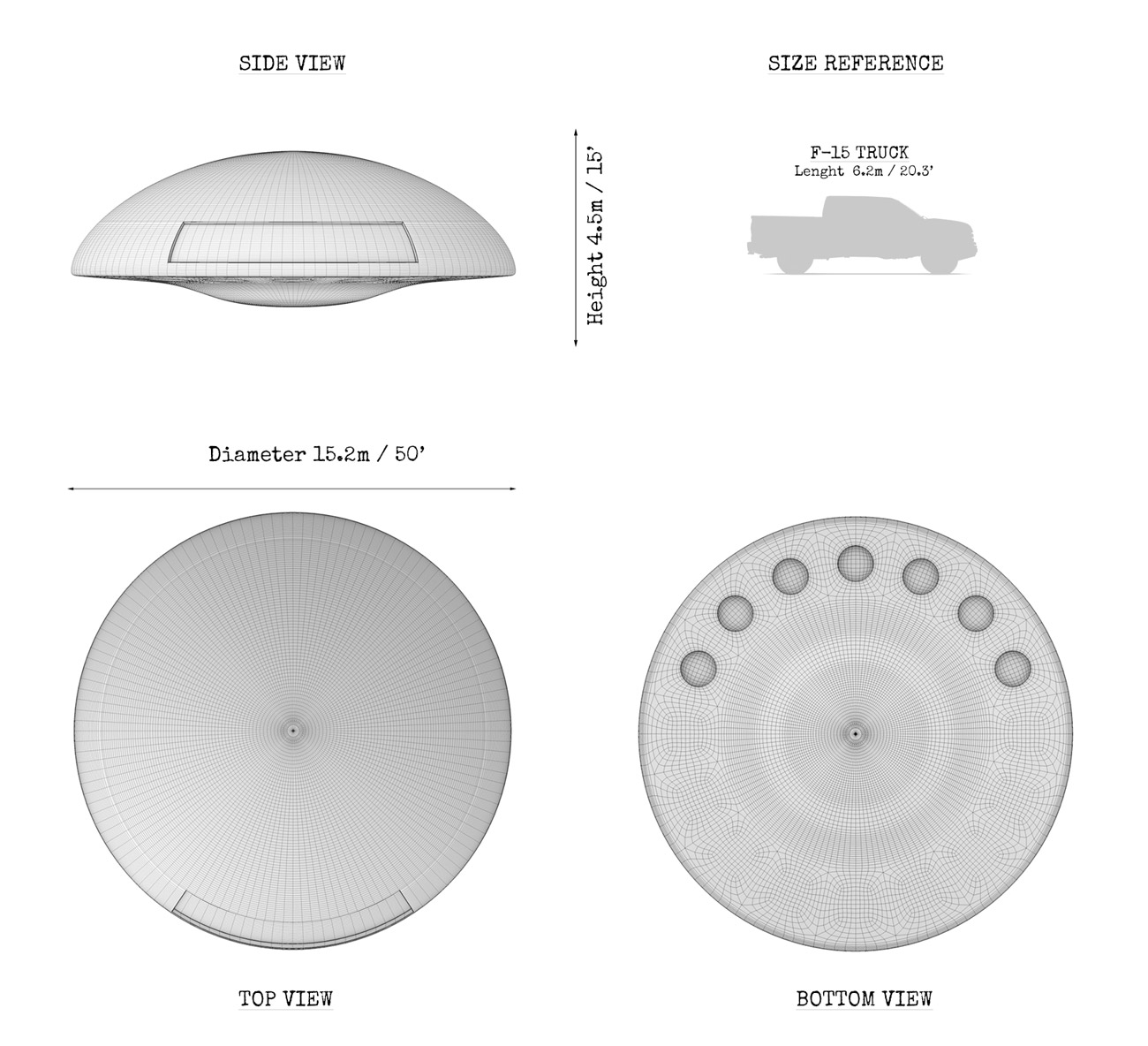